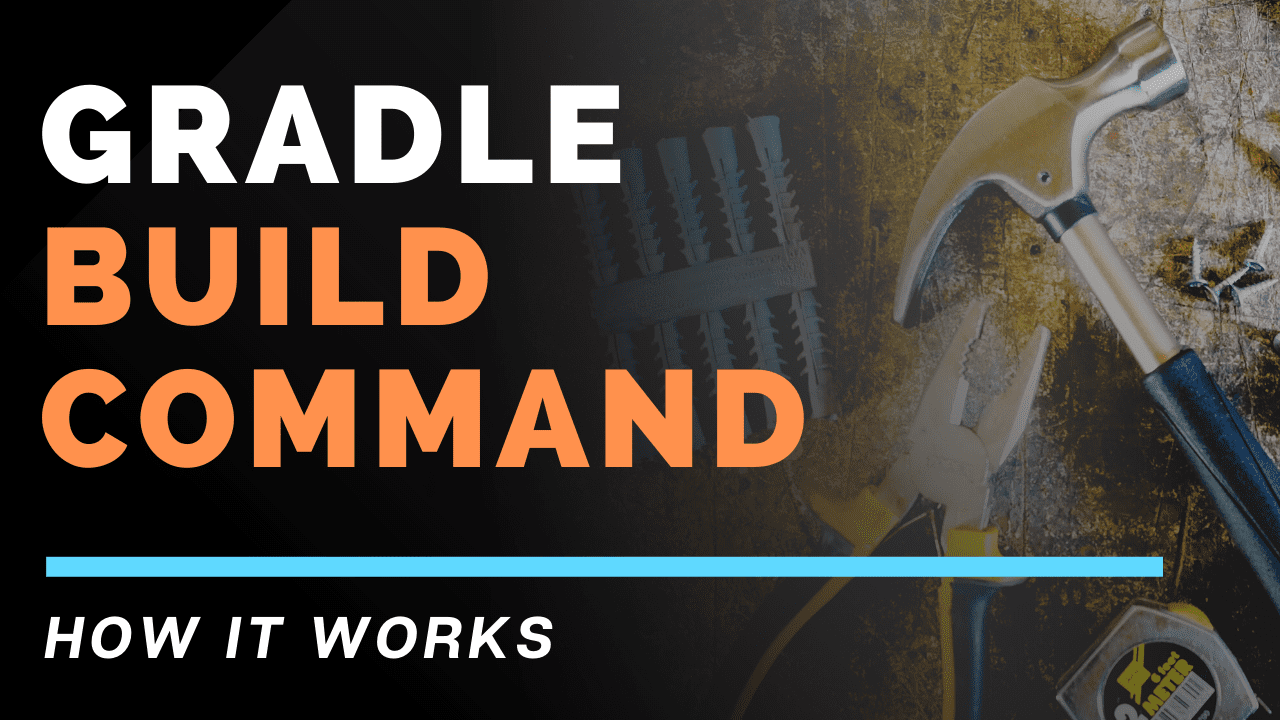 How to run the Gradle build command

Simply put, to build your application run the following command at your Windows command prompt.

Or if you’re working in a Linux/Mac environment, it’s this.

What we’re actually doing here is running the Gradle wrapper script and passing it a task name of build.

A Gradle task is an action that can be executed in your build to achieve some outcome. In the case of Java projects, applying the Java plugin automatically adds the build task which assembles and tests your application.

If your project doesn’t have a wrapper script, I recommend adding one immediately by following this Gradle wrapper guide. Alternatively, you can run this command.

This relies on you having a Gradle distribution installed locally, and it being a version compatible with your Gradle project and build script.

When you run the build command you’ll see output like this.

This means that your application was assembled and any tests passed successfully. Gradle will have created a build directory if it didn’t already exist, containing some useful outputs you should be aware of.

If the build command fails, then the output looks like this.

Whatever caused the failure will be shown in the output. In this case it’s a failing test case, so consulting the test report at build/reports/tests/test/index.html would be the next logical step.

How the Gradle build command works

As mentioned earlier, running the build command is more accurately described as running the Gradle wrapper with the build task. When you do this Gradle reads your build configuration and creates an in memory model of all the tasks that make up your project.

If you’ve applied the Java plugin, Gradle sees that executing the build task actually consists of running several other dependent tasks. These dependent tasks may also depend on other tasks, creating the following task graph.

Remembering every detail of the task graph isn’t important, but notice that running the build task also runs the assemble and check tasks, and so on. In fact, build is the top level task which runs all other Java-related tasks.

When not to use the Gradle build command

Given the above task tree, it may not always make sense to run the build task. Using the specific dependent task may provide faster results depending on your workflow.

Of course, any savings made will depend on your specific project, but it’s a good idea to be aware that these options exist.

You can see more details about these tasks, including a description, by running the tasks task (./gradlew tasks) and looking under Build tasks and Verification tasks.

You now know that running the Gradle build command is equivalent to running the build task, which you do in Windows with gradlew build and on Linux/Mac with ./gradlew build. The build task depends on other tasks, and in some situations it may make sense to run a more specific task.

To learn more about these fundamental Gradle concepts, check out my free course Get Going with Gradle: the fastest way to a working knowledge of Gradle