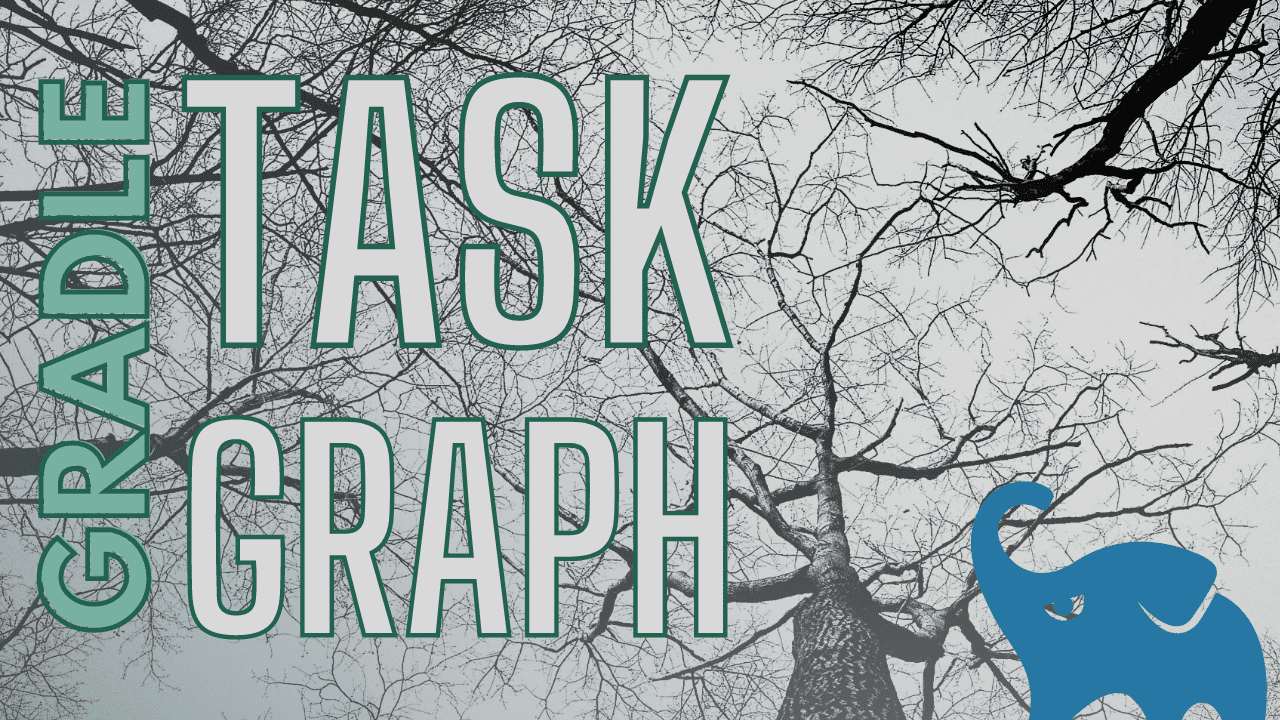 A powerful Gradle feature is its ability to setup dependencies between tasks, creating a task graph or tree. That’s great because you only need to run the task you care about, and any other required tasks get run automatically. In this article, you’ll learn all about the Gradle task graph, how to add tasks to it, and how to print it out.

A Gradle task is a unit of work which needs to get done in your build. Really common examples within a Java project include:

Tasks vary from doing a huge amount to the tiniest amount of work. The clever thing is that those tasks which seemingly do a lot, like build, consist only of dependencies on other tasks.

As a quick reminder, if we have two tasks taskA and taskB which print their name, then we can say that taskB depends on taskA using the dependsOn function.

So when we run ./gradlew taskB we would get this output, showing that taskA is run followed by taskB.

This simple concept, scaled up to include chains of many tasks, is how the common tasks we use every day in Gradle are created.

A task graph is the structure which is formed from all the dependencies between tasks in a Gradle build. Continuing with our example of the build task in a project with the java plugin applied, its task graph looks like this.

So build really is the big daddy task. It also depends on check and all the testing related tasks beneath that.

You can see in the diagram that tasks fall into one of two categories:

So build doesn’t actually do anything? Not really, it’s a bit lazy like that. It just depends on other tasks that do the real work.

The benefits of understanding the task graph structure are:

Sound good, so how do we print the task graph? Well, Gradle itself doesn’t support this functionality, but fortunately there are several plugin that do. The best one I’ve found is the gradle-taskinfo plugin.

Let’s apply it to a simple Java project in our build.gradle.

It exposes a new task tiTree, which we run along with the task whose task tree we’re interested in.

Which prints this output.

Cool! The output shows the same structure as the diagram from earlier (funny that 😉). The plugin also prints us the type of task, for example we can see that compileJava is a task of type org.gradle.api.tasks.compile.JavaCompile.

Thanks to Barfuin for this awesome plugin, which you can learn more about over on GitLab.

If you want to get your hands on the Gradle task graph yourself during your build, thankfully that’s pretty straightforward with the org.gradle.api.execution.TaskExecutionGraph interface. It mainly allows you to:

Let’s try a few examples within a Gradle project which has the java plugin applied.

Getting all tasks in the task graph

When using the task graph we have to define a closure to be called when the task graph is ready, otherwise we get a Task information is not available error. Within that closure we can print out the list of all tasks in the graph by calling getAllTasks

When we run ./gradlew build it outputs this.

This contains all the tasks from the task graph diagrams earlier on.

What’s a closure? It’s a way of defining a block of code in a way that can be passed around as variable and executed later on.

The getDependencies function takes a task as input and returns its direct dependencies. Let’s change the closure passed to whenReady to the following.

Which shows that the direct dependencies of the build task are assemble and check.

Finally, let’s define a closure to be executed after every task is run, using the afterTask function.

When we run ./gradlew jar we get this output.

Our closure was called after every task that got executed.

For full details about these functions and more, check out the docs for the TaskExecutionGraph.

You just learnt about tasks, and how the dependencies between them form the Gradle task graph. The task graph can be nicely visualised using the taskinfo plugin, which helps us understand the task graph for a specific task. For even more control, Gradle offers the TaskExecutionGraph interface allowing us to hook in custom logic where we need to.

All about the Gradle task graph