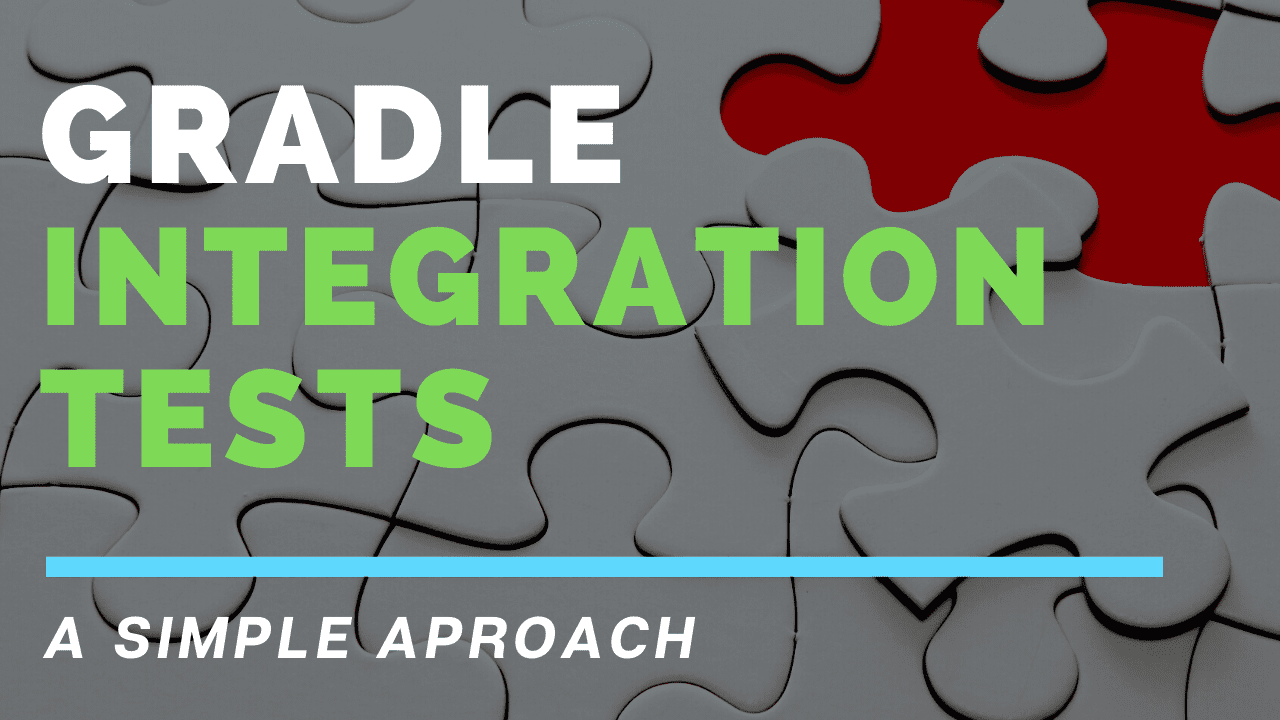 Your Gradle project can easily be setup to run integration tests using a specific Gradle task and source directory. This separates the integration tests from unit tests, making the project easier to understand and helping developers to work more productively.

In this article you’ll learn the simplest way to run integration tests in your Gradle project by adding just a few lines of code to your build script.

Integration tests are just one part of an overall testing strategy. Depending on who you ask, the term integration test may mean something completely different.

Thankfully, you and your team are free to choose your own definition!

But whatever you decide, can we at least agree that integration tests are different from unit tests? Unit tests verify the functionality of a specific class independently.

Being able to run integration tests separately from unit tests has several advantages, which we’ll explore later in the article. But first, how can we set it up in Gradle?

The Gradle documentation already has a very good explanation of how to configure integration tests in a project from scratch, using only the Gradle APIs and no additional plugins.

This involves the following tasks:

That’s why my preference is to use a plugin to do all of this setup automatically. The Gradle TestSets plugin does just this, letting you configure all the above steps with just a few lines of code.

Apply the plugin to your Gradle project (all code snippets below use the Groovy DSL).

The plugin lets you name your group of tests however you want. For example you could have integration tests, performance tests, or even end-to-end tests. We’ll stick with integration tests though, so we need to configure the plugin as follows.

With just these three lines of code, you get the following goodies in your Gradle project:

Now when you run ./gradlew integrationTest it runs the integration tests.

If, like me, you prefer to type less, you can run the same task using an abbreviated task name with ./gradlew iT

Of course you can still run the unit tests with ./gradlew test or ./gradlew check. Note that the check task won’t run the integration tests unless you specifically setup a task dependency to do that.

You can find a sample project over in this GitHub repository.

Running integration tests separately from unit tests and putting them in a different directory has some advantages when in comes to the daily grind of software development.

Integration tests are often slower than unit tests, especially when you include layers like the network and database. Being able to run unit tests alone means you can more frequently run them during development to ensure you’re not breaking functionality as you go.

You might choose to run the integration tests less frequently, perhaps before pushing code changes.

Using convention to distinguish unit tests from integration tests helps developers understand what context they’re working in. One way is to use a particular naming convention e.g. <classs under test>IntegrationTest. But probably better still is to use the approach shown above, which not only provides strong separation, but offers the ability to treat the source differently e.g. declaring specific integration test only dependencies.

Running other types of tests

Using a separate source directory for integration and unit tests also paves the way for other types of tests you might want to add in the same way.

Here are some examples:

What types of tests you need depends on your application. The test pyramid approach used to be very popular, with a few end-to-end tests stacked on more integration tests, on top of even more unit tests.

But it doesn’t always help to try to fit a square peg into a round hole, so there are now other approaches that may work better for front-end apps or microservice architectures, such as Spotify’s test honeycomb. 🐝

For a full exploration of the approaches, check out this guide to testing towards modern frontend and backend apps. The key takeaway is that you and your team get to decide how best to test your application, and you don’t have to follow what some agile guru may have said ten years ago.

Depending on what technology you choose for your other test layers, you may or may not want to use the TestSets plugin as described above.

For example, to run performance tests using the Gatling framework you apply the Gatling Gradle plugin, which automatically adds a source set named gatling. In this case, there’s no need to also apply the TestSets plugin.